By far the most popular resolution for gaming is 1080p, which makes up about two-thirds of all monitor resolutions in Steam’s most recent hardware survey. Although it’s easy to get excited by the RTX 3080 Ti, the RX 6950 XT, or even the ultra high-end RTX 4090, they’re overkill for gamers’ favorite resolution. Our guide to the best 1080p graphics cards has a few more sensible options for Full HD.

We selected six GPUs that are not only capable of running games at Full HD but are capable of running them with high frame rates. The rise of high-refresh-rate monitors has pushed the goalpost back for 1080p, so our picks are targeted at gamers who don’t mind sacrificing resolution for a big boost in frame rates.

The Nvidia RTX 3060 Ti is the best 1080p GPU. It’s a little more expensive than the competition, but the card can absolutely shred Full HD. However, AMD has some interesting picks in this category too, and now, Intel also has a horse in this race. Here are the best graphics cards for 1080p. 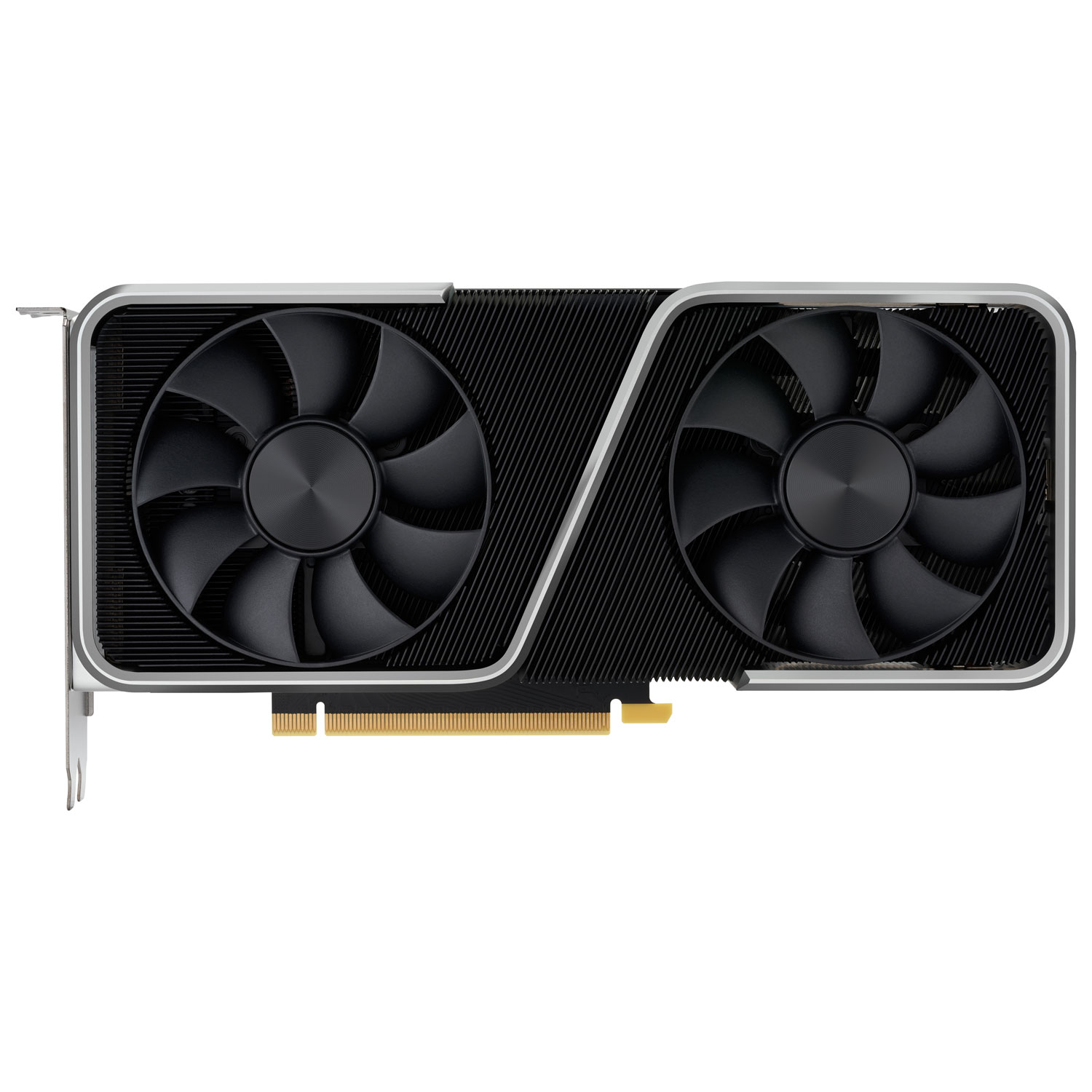 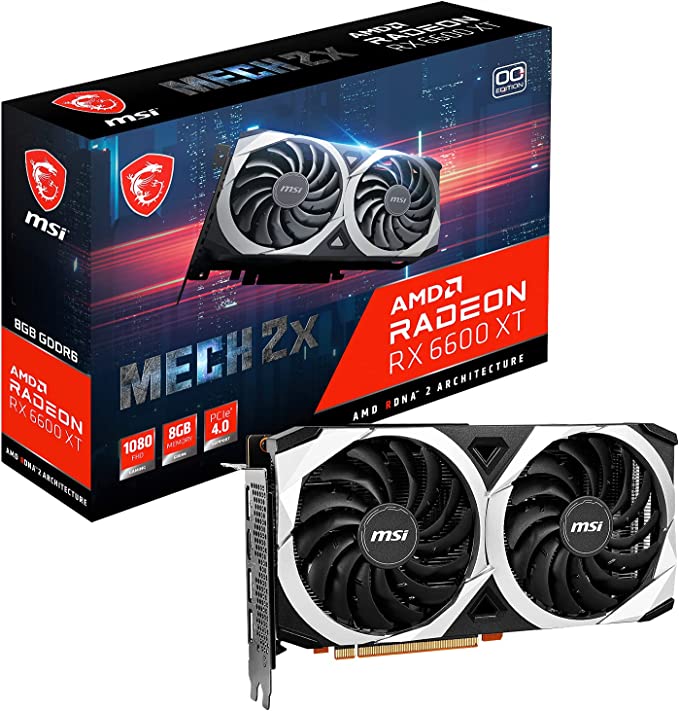 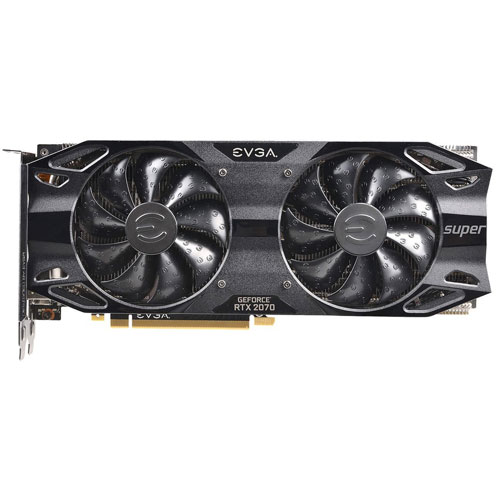 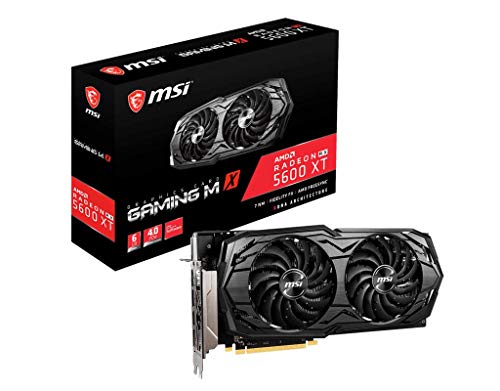 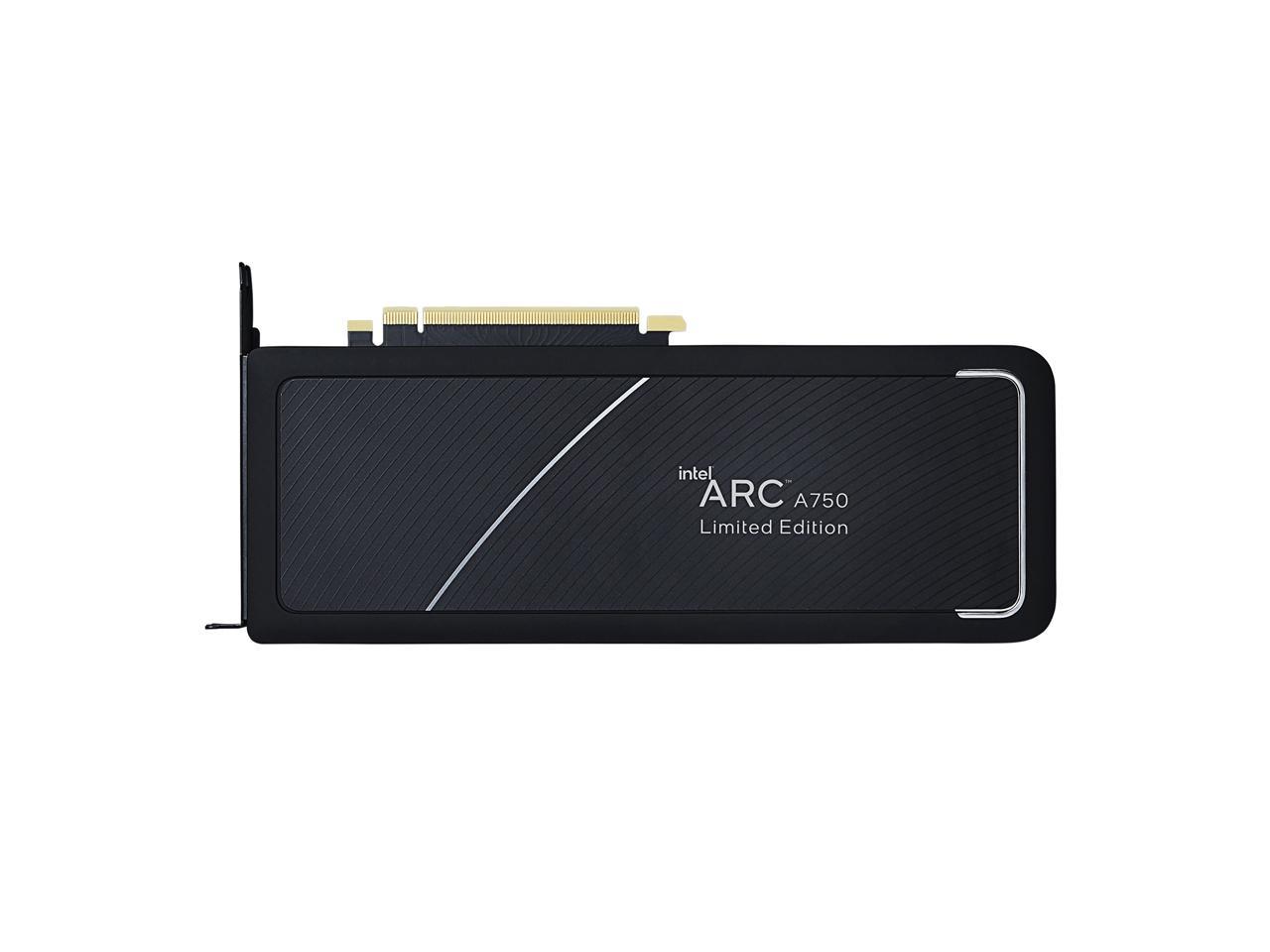 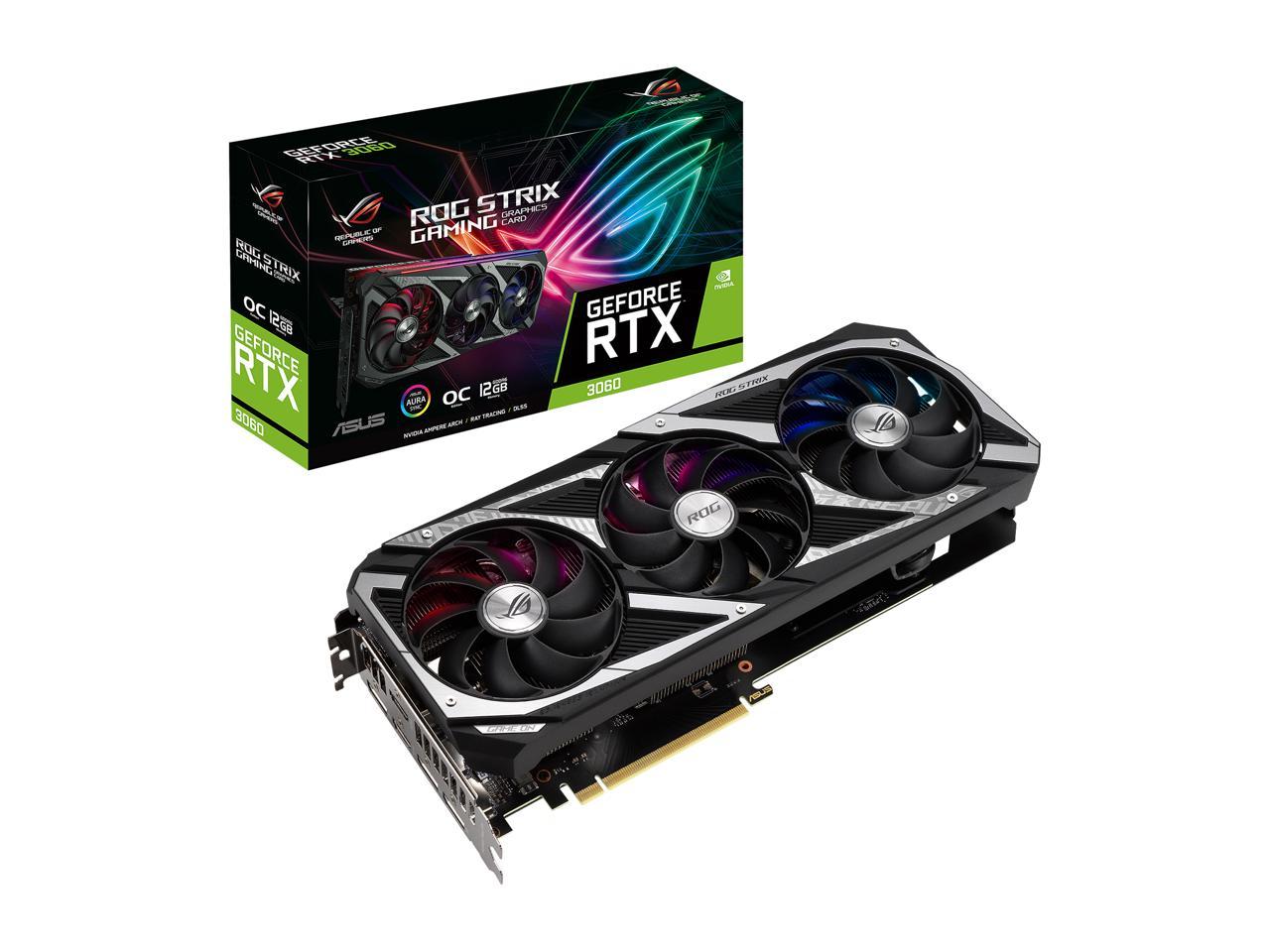 Why you should buy this: It’s easily the best GPU for 1080p gaming right now.

Who’s it for: Gamers who want to hit high frame rates and may even dabble with 1440p gaming.

Why we picked the Nvidia GeForce RTX 3060 Ti:

The Nvidia RTX 3060 Ti is the pinnacle of 1080p gaming — and it’s even capable of pushing resolutions to 1440p. Built using the Nvidia Ampere architecture, the card delivers the suite of RTX features, including real-time ray tracing and Deep Learning Super Sampling (DLSS) in supported games.

That’s without DLSS, too. Once you factor in Nvidia’s A.I.-assisted upscaling tech, the RTX 3060 Ti has the range to blow away most games at 1080p while still handling 1440p with grace. If you want a 1080p card that will last for many generations to come, the RTX 3060 Ti is for you.

Why you should buy this: It’s the best AMD GPU for 1080p gaming.

Who’s it for: Gamers who prefer AMD to Nvidia.

While the AMD Radeon RX 6600 XT is often cheaper than the RTX 3060 Ti, it still takes a backseat because the RTX 3060 Ti can often offer better performance. Still, it’s great for 1080p gaming. The card is targeted at 1080p monitors with high refresh rates, and it hits that market. Across a suite of five gaming benchmarks, the RX 6600 XT averaged 117.6 fps at 1080p, making it a great choice for a 144Hz monitor.

It features 32 of AMD’s RDNA 2 compute units (CUs). Although it’s one of the cheapest cards in the RX 6000 range, it still comes with the bells and whistles of the more premium offerings. That includes hardware-accelerated ray tracing in supported titles, though the ray tracing performance isn’t as good as Nvidia’s recent offerings.

Why you should buy this: It’s a budget-friendly alternative from an older generation that can still breeze through 1080p gaming.

Who’s it for: Gamers who don’t need the latest and greatest but want to score a good discount.

Why we picked the Nvidia GeForce RTX 2070 Super:

The Nvidia RTX 2070 Super is a little overkill for 1080p — though much less so than the newer RTX 3070. Since it’s a card from two generations ago, you can usually pick up the RTX 2070 Super for less than the price of a new RTX 3070, and you still have access to RTX features like ray tracing and DLSS.

Over the base RTX 2070, the Super variant bumps up the CUDA cores count and clock speed, roughly matching the performance of a base RTX 2080. The card chewed through Fortnite at 1080p Epic with a 172 fps average. It’s even capable of 4K in titles like Civilization VI if you pick up a 4K monitor down the line.

Why you should buy this: It’s a solid last-gen AMD GPU that can offer 1080p gaming on a budget.

Who’s it for: AMD enthusiasts who don’t mind the lack of ray tracing.

AMD’s Radeon RX 5600 XT is an aging graphics card, but it still performs at 1080p, and you can usually pick one up at a discount. Built on AMD’s first-generation RDNA architecture, it doesn’t support ray tracing. That said, it can still boost frame rates with AMD’s FidelityFX Super Resolution (FSR).

In AnandTech’s testing, the RX 5600 XT managed 76.4 fps in Assassin’s Creed Odyssey on the Very High preset, and it even maintained a playable 50 fps at 1440p. In a less demanding title like Forza Horizon 4, the card managed over 100 fps at 1080p with all the sliders cranked to max.

Much like the RTX 2070 Super, this card is only a good deal if it’s priced reasonably. Depending on the price, you might be able to pick up the RX 5700 XT instead, which excels at both Full HD and 1440p.

Why you should buy this: It’s a solid and highly affordable alternative to AMD and Nvidia.

Who’s it for: Less demanding gamers who are up for trying out new technology.

Intel is an entirely new player in the GPU market. While AMD and Nvidia have been releasing some of the best GPUs year after year for what feels like forever, Intel has just joined the scene with the Intel Arc lineup, including the Arc A770 and the Arc A750. The latter makes a fantastic option for 1080p gaming at a great price.

In our testing, we found that the Arc A750 outperformed the RTX 3060 and nearly caught up to the RX 6600. When it comes to gaming, it did a great job with modern titles like Cyberpunk 2077, maintaining an average of 55.6 fps. In Forza Horizon 5, those numbers are even higher, hitting 79.2 fps on average. The Intel Arc A750 also truly shines in Red Dead Redemption 2. On ultra settings at 1080p, the card managed a steady 85.9 fps, meaning smooth gameplay across the board.

Now, Intel Arc is still a bit of a gamble because it’s very new. Intel is still working on performance in DirectX 11 and older games. However, if you want to try something new, it’s priced super competitively for the performance that it offers.

Why you should buy this: It’s an excellent card for 1080p and a cheaper alternative to the RTX 3060 Ti.

Who’s it for: Users who would rather save a little on the GPU and don’t need 1440p gaming.

Why we picked the Nvidia GeForce RTX 3060:

The RTX 3060 is a disappointing card stacked up against the RTX 3060 Ti — though it still delivers excellent 1080p performance. It’s not quite as powerful as its older Ti sibling, but the RTX 3060 often comes in at around $100-$200 less and still supports RTX ray tracing and DLSS in supported titles.

In our testing, the card just barely scraped by Cyberpunk 2077 with a 59 fps average, and Cyberpunk is one of the most demanding games on PC. In the much less demanding Fortnite, the card managed a 132 fps average at 1080p Epic.

The real strength of the RTX 3060 comes in DLSS. It’s capable of high frame rates at 1080p in most games. But in cases like Cyberpunk 2077, where it couldn’t maintain 60 fps, you can flick on DLSS to improve your frame rate without sacrificing too much image quality.

Nvidia’s RTX 3060 is not overkill for 1080p — it’s just about what you might want to buy if you’re looking for a modern rig that will last you for a few years. With that said, you can achieve decent frame rates with worse GPUs at that resolution, so if you’re building a budget PC, there are cheaper alternatives to consider.

Intel’s Arc A750 is an excellently priced option for strictly 1080p gaming; it can even handle some 1440p with relative ease. Similarly, if you’re only gaming on 1080p, you can go back one generation and still achieve decent frame rates, even in newer titles. This is why we recommend graphics cards like the RTX 2070 Super (if you can find it at a discount) or the AMD Radeon RX 5600 XT.

While the card we’re showing you above are some of the best value GPUs for this type of gaming, there are even older options that will do the job. However, it’s usually simply not worth shopping for these anymore. If you’re able to spend a little extra, sticking to relatively new technologies is the better option. For example, switching from an Nvidia GTX GPU to an RTX gives you access to Nvidia’s new features, such as ray tracing and DLSS.

With that said, if you want a budget graphics card that will do a good job of 1080p and not much else, you can always pick up an Nvidia GeForce GTX 1050 Ti or GTX 1060. The latter is still a very popular GPU that can run some of the newest games on decent settings.